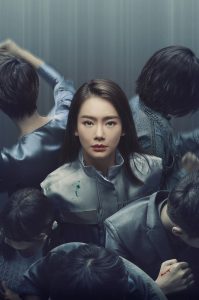 The third series of Humans finished its eight-episode run earlier this month on Channel 4 in the UK and AMC in the United States, to widespread critical acclaim.

The title has been sold across 178 territories by Endemol Shine International, which will also distribute the Chinese version internationally.

Humans is set in a parallel present where the latest must-have gadget for any busy family is a ‘Synth’ – a highly-developed robotic servant eerily similar in appearance to human beings. These incredible machines share our homes, our jobs and our lives and so become the objects of our fear, lust, hatred, affection and even love.

The Mandarin series is based on Humans UK, as produced by Kudos for Channel 4 and AMC, which was adapted from the original Swedish series of Real Humans produced by Sveriges Television and Matador Film.

Filming has recently begun on the Mandarin series in Shanghai, with the cast led by Ray Ma and Stephy Qi.

“Sci-fi drama is an under represented genre across the region and we really believe that this new take will set a new trend and that Endemol Shine China will continue to be the leader in creativity and innovation, making unique offerings to the market.”