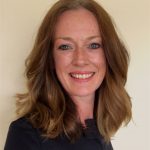 Kelly and Foster join Colin Barr and Amy Flanagan’s factual team as exec producers as the company’s commissions expand with forthcoming three-part series Travels in Trumpland with Ed Balls due to debut on BBC Two; eight-part factual series Murder and a range of other factual and factual drama scripts commissioned or in development.

At Minnow, Kelly executive produced a range of programmes across a variety of genres including two series of The Detectives for BBC Two, Valley Cops for BBC Three, and SAS: Who Dares Wins for Channel 4.

Her producing and directing credits include Fighting on the Frontline and The Hospital for Channel 4 and Scenes from a Teenage Killing and Prison Dads for the BBC.

Foster spent a year in the documentaries department at Channel 4 as commissioning executive, overseeing returning series including First Dates (pictured) and The Supervet.

Before this, her Series producer/director credits include rig series such as One Born Every Minute and 24 Hours in A&E for Channel 4, and the Grierson-nominated fly-on-the-wall Births, Deaths and Marriages for ITV1.

Barr, the factual creative director, said: “Dominique and Ruth are two of the most exciting talents working in factual television today. Their range – from reputational, access-driven documentaries to entertaining, popular factual – is exactly the range we want in Expectation Factual.

“They both know how to produce work that combines the highest creative values with real editorial purpose. Working with them will allow us to grow and build across all shades of the factual spectrum.”