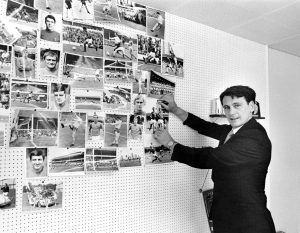 UK indy production company Noah Media Group has announced it will partner with Dogwoof to handle the international distribution of its new documentary, Bobby Robson: More than a Manager.

The deal will see Dogwoof handle the TV and SVOD rights for the documentary internationally, as well as in the UK. The doc is currently being distributed in the UK by NoahX, which has led with a digital strategy, releasing the film via iTunes and Amazon.

According to NoahX, this marks the first time it has put out a documentary with data-led approach to distribution, “building a significant, multi-national audience across social media channels throughout production.”

The documentary, which is directed by Gabriel Clarke and Torquil Jones, tells the life story of one of the most beloved figures in the global game. Robson managed Ipswich Town, England and Barcelona among many others in a career that was defined by glittering success and heartbreaking failure. It features interviews with Pep Guardiola, Jose Mourinho, Gary Lineker and other luminaries, reflecting on Robson’s life and career.

John McKenna, producer and CEO at Noah Media Group said: “We are delighted to be working with Dogwoof on the first feature documentary to go through our distribution arm, NoahX. The response to the film in the UK so far has been amazing. Bobby left an incredible legacy that lives on both in football and his extraordinary foundation. We believe Dogwoof are the ideal partners to take his inspiring and emotional story around the world”.