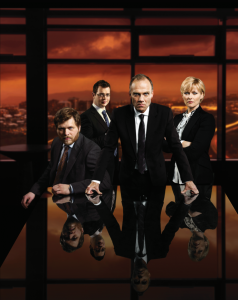 The first two seasons of Icelandic legal drama The Court will debut on All4 in September, each running 12×1 hour episodes on the platform. Following that, Swedish thriller Farang will begin transmission of its 8-episode first season on Channel Four towards the end of the year.

“This deal with Walter Presents, the ‘go-to’ platform for outstanding foreign language programming in the UK, is testament to the strength of our scripted slate which features a raft of diverse, gripping and high-quality series,” said Bo Stehmeier, EVP global sales at Red Arrow Studios International.

“With demand for international dramas accelerating, we’re delighted to be making The Court and Farang more accessible to UK audiences.”

Farang explores the aftermath of a father’s decision to flee Sweden after testifying against a former criminal accomplice. The complicated ties between father and daughter come to the fore as he faces a family crisis. The show has been produced by Warner Bros. for C More and TV4 Sweden

Walter Iuzzolino, curator at Walter Presents said: “Icelandic and Swedish drama are stronger than they’ve ever been right now, and I’m delighted to have sealed this 20-hour deal with Red Arrow Studios International.”