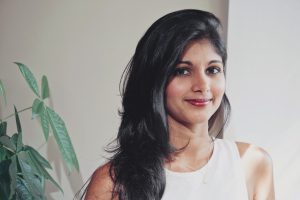 Ravindran will lead on all aspects of the TBI editorial business.

She will work on the TBIVision.com website and print offering, which includes the MIPCOM and MIPTV bumper specials, TBI Kids, TBI Factual, TBI Formats and premium drama title TBI Scripted.

Ravindran joins from Broadcast Magazine where she has acted as international editor for two years.

She began her career as a film critic and arts writer for national newspapers in Canada before joining Realscreen as a staff writer in 2014. She was promoted to news editor before joining Broadcast in 2016.

Ravindran was appointed to executive committee of the Broadcasting Guild this year and has served on juries for the Women in Film and TV Awards and Edinburgh TV Awards.

“I very much look forward to the next chapter of my career at TBI, where I’m excited to bring my leadership skills and global expertise to a female-led team covering the industry,” she said.

Whittock departed in April, with Kaltrina Bylykbashi taking over as acting editor since. She will continue in an acting role until Ravindran joins in September.