Howard Swartz, a former Discovery Channel exec, is returning to the network as senior vice president of production and development, after a stint at prodco Arrow Media in London. 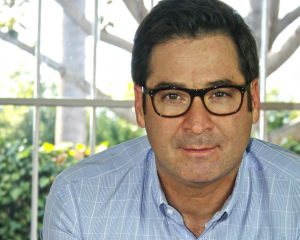 In his new role, Swartz will head up production for upcoming event programming and have oversight over the network’s documentaries and specials. He will expand, develop and diversify Discovery’s series slate and acquisitions.

Swartz joined Arrow in January 2016 as executive VP of development and production. He has been based in London for the past two years and will now work out of Discovery’s Los Angeles office.

During his past run at Discovery, as executive VP of documentaries and specials, Swartz oversaw global specials including Shark Week and Skywire Live with Nik Wallenda. He also oversaw Discovery’s Emmy-nominated series Curiosity.

The exec will report to Nancy Daniels, chief brand officer of Discovery and factual.

“We are thrilled to have Howard back on the Discovery team,” says Daniels. “His impressive track record of launching some of television’s most iconic blue-chip programs rival anyone in the business. The team looks forward to his unique vision and exciting ideas as we continue to program for Discovery’s future.”

Swartz added: “I’m really grateful to Nancy and the team for giving me the opportunity to come back to Discovery. I’m excited to play a part in building on Discovery’s amazing brand and continuing its legacy of creating global content that is provocative, enlightening, and entertaining.”