Former Sky chief executive Sam Chisholm has died after a short illness. Chisholm, who was 78, helmed Sky from 1989 until 1997, overseeing its merger with rival British Satellite Broadcasting to form BSkyB. 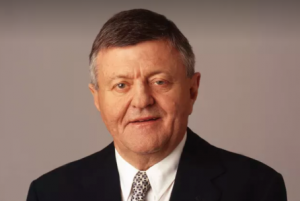 Chisholm, known for his ruthlessness as an executive as well as discreet personal generosity, played a major role in ensuring Sky’s survival and success, helping to secure crucial Premier League rights and deals with major Hollywood studios.

He remained on the BSkyB board for two years after retiring from the UK pay TV outfit in 1997 before returning to Australia at the end of the 1990s.

The New Zealander had previously worked as chief executive of Nine Network in Australia, a job he returned to briefly in the 2000s. He led media mogul Kerry Packer’s Nine over a period when it was confirmed as the country’s leading TV network in terms of both audience ratings and revenue.

Nine Network described its former CEO as “a pugnacious go-getter” and “so-called ‘starmaker’…with a big chequebook and loud opinions”.

“Nicknamed a legend in his own lunchtime for his lavish lifestyle at work and play – and the man who popularised the phrase ‘losers have meetings, but winners have parties’,” it said.

“Always controversial and a larger than life figure, he left Nine for Britain and Murdoch’s BSkyB and returned ten years later to a very different and challenging world in Australian television.

“Nine recognises the unique role he played with the Network and for Australian television, and sends their condolences to the extended family and friends on his passing today, in particular his wife Sue and daughter Caroline.”

Chisholm, who underwent a double lung transplant in 2003, served as a director of the Victor Chang Cardiac Research Institute from 2000-07 and as chairman of the Australian Organ and Tissue Donation and Transplant Authority from 2009-12.

He was inducted into Australia’s television Hall of Fame in 2004 and presented with a Gold Logie award.