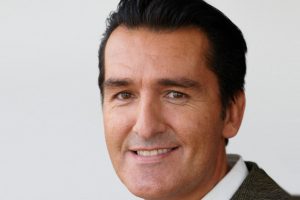 ITV is set to introduce a pre-school block on ITVBe after abandoning the concept five years ago, it was explained at The Children’s Media Conference in Sheffield today.
ITV’s Paul Mortimer, head of digital channels and acquisitions, said the move was a “soft launch” and will be placed on the channel on Mondays from September 2018.
Part of the reasoning behind the new slot is the advertising money broadcasters gain from the pre-school group, according to the exec.
He explained: “This came about from a conversation with our sales team, because there are people who don’t advertise on CITV anymore once that slot disappeared. There’s often merchandise and toys related to pre-school content in particular, so you need the eyeballs.”
Mortimer said content aimed at much younger viewers was initially dropped near five years ago because older children were not responding well to the variety.
“We stopped because the older kids thought we had a slightly schizophrenic personality, thought we were a bit too babyish. So we had to make a decision – in the same way that Nickelodeon have their Nick Jr – we had this one space.”
ITVBe is daytime channel often drawing young female viewers and stay-at-home parents. “It’s content mums can sit and watch with their kids and we’re really excited to get back into the game,” added Mortimer.
Sales executives at the conference have told TBI that they are pleased to hear the news and to have a more varied groups to work with in the category.
Tags: ITV, ITVBe, kids, Paul Mortimer