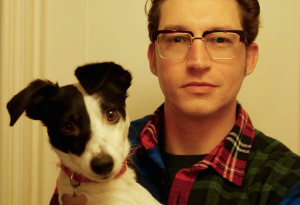 Dillamore was previously acting head of development of FremantleMedia UK’s Boundless, where his credits include upcoming fact ent format The Recording Studio.

Dillamore is charged with helping the company expand their slate of formats and factual entertainment.

Middlechild’s recently announced Saving Britain’s Wildlife, a 10×60 commission from Discovery Networks for Quest Red which explores the heroic work undertaken by teams of rescuers to protect the wild animals of Britain, as well as a second series of Jo Brand’s Cats & Kittens from Channel 5.

David Sumnall, MD at Middlechild, said: “We’re really lucky to have attracted someone of Tony’s calibre to the company. He’s creative, ambitious and has a great track record, so I’m sure he’ll help take us to the next stage in Middlechild’s growth and ensure we have a strong and lasting presence in Out-of-London production.”

Dillamore added: “Middlechild have built a fantastic reputation delivering shows that audiences love and return to. The opportunity to create a slate of purposeful and entertaining new series from a regional base is massively exciting.”