UKTV’s Dave teams with Vice for its first game show 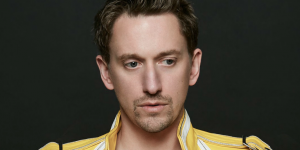 The 20×30 minute title pits members of the public against each other in a quest to predict how search engines respond to a series of questions – from images to wordplay. This is the first ever game show to be commissioned from Vice Studios.

Beat The Internet is produced by Vice Studios, commissioned for UKTV by Iain Coyle, senior commissioning editor, and ordered by Richard Watsham, director of commissioning.

It is executive produced for Vice Studios by Yonni Usiskin with Keith Cotton series editor and was created by Dan Louw.

All3Media are on board as the global rights holder for the title and will be launching the format and finished programme to international buyers later this year.

Coyle said: “I’m really excited about this. Is it: a) a new genre for the channel b) a highly addictive, play-along game or c) a chance to work with one of the most exciting new comedy talents to emerge in the last few years? Answer: It’s all three.”

Usiskin, added: “We are delighted to be working with UKTV on our first studio game show, Beat The Internet with John Robins. Not only is this our first commission for UKTV but it also marks our move into unscripted formats and entertainment programming.

“Beat The Internet is unlike any other game show – it is born from the bizarre and highly intimate everyday relationship we all have with search engines and turns it into a game show that is hilarious, surprising and addictive viewing.”