MTV is launching MTV Studios, a new unit focused on developing new series and re-imaginations of its most iconic hits for partners across SVOD and linear. 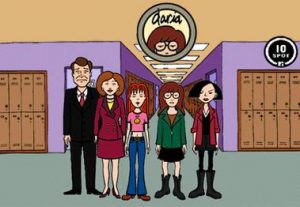 MTV Studios will develop and produce a full slate with a focus on beloved series, franchises and spin-offs that span MTV’s 35-year history.

The initial slate will include a reimagined version of the feminist icon Daria, written by Grace Edwards from Inside Amy Schumer, cult sci-fi hit Aeon Flux, reality format The Real World and update of the Emmy Award-winning unscripted series Made.

It will also include two new titles. The Valley will be a coming of age docuseries in the spirit of The Hills and MTV’s Straight Up Ghosted, which follows young people trying to reconnect with lost friends, lovers and family members and confront them about why they have been ghosted.

“MTV has the biggest collection of hit youth franchises that spans more than three decades of content and over 200 titles, part of which have fueled our resurgence,” said Chris McCarthy, president of MTV.

“With MTV Studios, we are for the first time ever opening up this vault beyond our own platforms to reimagine the franchises with new partners.”

MTV says it is currently the fastest growing network on TV, with viewership in prime time up 21% year-on-year. Additionally  MTV says it attracted 2.9 billion streams in 2018 and has amassed more than 350 million social followers around the globe.