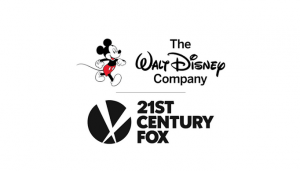 Disney has upped its bid for Twenty First Century Fox’s film and television assets to US$71.3 billion, bettering the US$65 billion offer that rival bidder Comcast made last week.

In a statement, 21st Century Fox said that it has entered into an amended and restated merger agreement with Disney that it described as “superior” to the proposal made by Comcast.

Disney previously agreed a US$66 billion stock deal for 21st Century Fox’s film and TV assets in December. The terms of the previous offer would have seen Disney pay Fox shareholders US$52.4 billion in stock and assume around US$13.7 billion in net debt.

The latest amended agreement comes after Comcast put in a US$35 per-share cash offer last week – a bid that valued the Fox assets at some US$65 billion.

“We are extremely proud of the businesses we have built at 21st Century Fox, and firmly believe that this combination with Disney will unlock even more value for shareholders as the new Disney continues to set the pace at a dynamic time for our industry,” said 21st Century Fox chairman, Rupert Murdoch.

“We remain convinced that the combination of 21CF’s iconic assets, brands and franchises with Disney’s will create one of the greatest, most innovative companies in the world.”

Bob Iger, chairman and CEO of The Walt Disney Company, commented: “The acquisition of 21st Century Fox will bring significant financial value to the shareholders of both companies [Disney and Fox], and after six months of integration planning we’re even more enthusiastic and confident in the strategic fit of the assets and the talent at Fox.”

“At a time of dynamic change in the entertainment industry, the combination of Disney’s and Fox’s unparalleled collection of businesses and franchises will allow us to create more appealing high-quality content, expand our direct-to-consumer offerings and international presence, and deliver more personalised and compelling entertainment experiences to meet growing consumer demand around the world.”

Analysts told CNBC that Disney is currently “the favourite in the horse race” to gain Fox assets as it has better “tools” for its bidding war with Comcast.