The UK government has accepted deal terms between 21st Century Fox and Sky, following an improved commitment from Disney to operate Sky News for a period of 15 years. 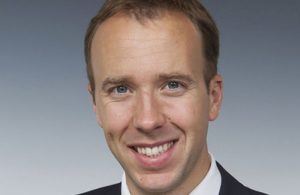 UK culture secretary Matt Hancock said that new deal terms had been offered that meet the criteria he laid out in parliament earlier this month – namely that that Sky News remains financially viable over the long term; is able to operate as a major UK-based news provider; and is able to make editorial decisions that are free from any outside influence.

The improved terms mean that Disney will operate and maintain a Sky News branded service for 15 years, as opposed to a previously offered 10, and will be restricted from selling the news service during that time without the consent of the UK’s secretary of state.

Disney has agreed to fund Sky News to the tune of “at least £100 million per year” over the 15 years, with operating costs protected in real terms during this period. This marks an increase in Sky News’ budget, which the Guardian reported to be around £90 million currently.

Disney has also made a formal commitment to preserve the editorial independence of Sky News.

“In my view, these revised undertakings meet the criteria that I set out to the House on June 5 and will help to ensure that Sky News remains financially viable over the long term,” said Hancock in a written statement.

“Under the legislation, I am required to consult formally for 15 days on the undertakings, which I propose to accept. Views as to whether these proposals are sufficient to remedy the adverse plurality public interest concerns raised by this merger are sought by 5pm on Wednesday July 4, 2018.”

21st Century Fox’s £11.7 billion offer for the 61% it does not already own of Sky has cleared all other regulatory and competition hurdles, with this UK approval marking the only outstanding condition that must be met.

The sign-off is expected to usher in a price battle between 21st Century Fox and rival Sky bidder Comcast, which formally notified the European Commission of its intention to acquire Sky on May 7.

Comcast’s offer was approved by Hancock earlier this month and was cleared by the European Commission at the end of last week.

The EC concluded that Comcast and Sky are “mainly active in different markets” in the countries in which Sky is present – Austria, Germany, Ireland, Italy and the UK – and that the pair only compete with each other to a limited extent, principally in acquiring TV content in the wholesale supply of basic TV channels.

21st Century Fox first said in April that Disney had expressed an interest in acquiring Sky News and adding it to its portfolio of channels, in a move that it said would not rely on Disney’s separate completion of its planned acquisition of 21st Century Fox’s TV and film assets.