Objective Media Group (OMG) has promoted Roz Pound to act as its director of production and operations and hired its first commercial director Holly Pye. 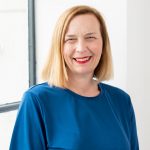 Pye, who joins in August, joins from James Grant Media Group where she is entertainment board director. Previously she has worked as the company’s head of television.

Layla Smith, CEO at OMG said: “Holly’s experience will be invaluable at a time of growth for the company. Her commercial experience is second to none and we’re really pleased to welcome her to the team.

“Roz has been instrumental in the recent growth of OMG. This promotion and expanded remit is well deserved and recognises the vital role that Roz plays across the group.”