As HBO Europe begins work on its first Adria original, Success, TBI catches up with execs Steve Matthews and Antony Root on its plans for the region and feedback on how it’s evolving.

Like many firsts currently coming out of the Balkan region, HBO is looking to create the territory’s first high-end drama to match the boom in locally produced titles developing all around the world today.

Success has just passed the half-way mark in production and is due to be broadcast by the end of the year. Hailing from Macedonian writer Marjan Alčevski, it’s a poem to Croatian capital Zagreb, dissecting the layers of a modern urban society and exploring themes of frustration, alienation and the longing to be released from the traps of everyday life.

“Why shouldn’t the next big show come out of Croatia rather than Denmark,” says Matthews, executive producer at HBO Europe. “It feels like all bets are off at the moment, it’s a very exciting time in the market.” 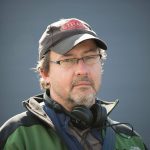 With audiences that now have more appetite for niche titles and a deeper interest in non-English language, subtitled, television, Matthews (left) believes that avid viewers of BBC 4 or Walter Presents will have an opportunity to “try flavours they may not have tasted before” from the region.

It has, however, been a long process for the company. While HBO has been developing talent in the area for some years, particularly when it comes to formats, high-end drama hasn’t been done before in the region.

Part of the reason has been the lack of investment in writers in the area.

“You have to remember all of these countries are highly mature when it comes to production. When it comes to crews it’s fantastic, as we’ve seen with Mission Impossible going to Prague in 1996, and I recently also worked on The Borgias, which was set up in Hungary.

“I remember thinking then, this is fantastic for everybody apart from local writers! It’s very nice to have a job to now change that. A lot of our energy is going into it,” says Matthews.

Much like HBO did with Hungary in the CEE territory, the company plans to build from the bottom. This is the first title from its writing competition First Draft, which sought to find talent in the region. The contest first took place at the Sarajevo Film Festival in 2016. Another title, Ottok, is also currently in development.

“It’s the way we’ve worked in all the territories really, we don’t have a list of the type of project we’re looking for.

“You’re looking for a balance between what I can bring, 30 years of experience of structure and dramaturgical knowledge, and combining that with the raw local talent and trying to find a way that you can shape it into something that’s a really good coherent story, without losing and squashing the local nuance, cultural perspective and flavour that they have.”

In Hungary, HBO brought in writers for development and now sees them writing their own shows and creating quality drama such as Golden Life – loosely based on Finnish series Helppo elämä.

“But it’s kind of unpredictable. Our Romanian gangster show is big in Spain apparently, so we never know how these things are going to pay off.”

Matthews is unsure how to describe the tone and value of Croatian and Balkan storytelling, but he says nonetheless the focus is helping others tell their stories.

“The next step at the moment is to capitalise what we have, which is to bring some more writers into the fold and create the stable for talent we have in other territories.” 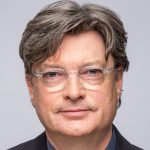 Antony Root (left), executive vice president of original planning and production in Europe, says that along with HBO’s other services in the Nordics and Spain, the network looks to create a show a year in each territory, which now includes the 17 countries of Denmark, Norway and Sweden in the Nordics; Spain; and Hungary, Poland, Czech Republic, Slovakia, Romania, Bulgaria, Croatia, Slovenia, Serbia, Montenegro, Bosnia and Herzgovina, Macedonia and Moldova in the CEE region.

“We’re going to have a lot of shows, maybe eight titles next year, released to the public. All local language, local writers, local directors on the HBO services, whether OTT or linear channel,” he explains.

While the exec admits that some local productions will rarely reach the success of HBO shows such as Game of Thrones and Westworld have, there has been cases where they perform well in territories other than their own.

“We know that just from looking at our ratings figures or performance figures that a show, for instance, produced in Czech Republic can do very well in Poland. Umbre (Shadows) in Romania in particular has travelled across our other territories successfully,” he says.

However, he’s keen to add: “In countries of origin we expect local titles to do extraordinarily well. In some instances last autumn, our local shows outperformed Game of Thrones on the linear and on the HBO Go service.”

The countries of former Yugoslavia are an important and growing market for HBO because of its subscription rates and also the range of countries and languages within which it can produce shows, according to Root.

“It’s a region of notorious complexity and that’s always good for drama. We hope that whatever we make down there will resonate in our other countries,” he concludes.