HBO has greenlit Storm Over Brooklyn, the winning project from the Feature Documentary Initiative created by the Whitney prodco Lightbox and the American Black Film Festival (ABFF). 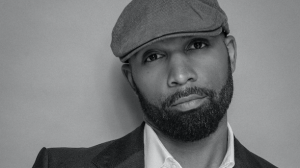 Storm Over Brooklyn is a feature documentary, directed by Muta’Ali (pictured), which tells the story of Yusuf Hawkins, a black American teenager who was shot and murdered after being trapped by a group of white youths in Brooklyn in 1989.

The title was selected from over 300 submissions to the initiative, which was open to all African-American documentary filmmakers and any doc makers interested in exploring non-fiction stories on the African-American experience.

“We are genuinely thrilled that HBO has greenlit Storm over Brooklyn – a powerful, timely film which feels so relevant to today’s audience even though the events it depicts took place 30 years ago,” said Lightbox co-founders Jonathan and Simon Chinn.

“Muta’Ali is a talented and passionate director who is perfectly placed to bring this highly relevant story to the screen and we are proud to support his vision.

“We are delighted to be working once again with our friends at HBO Documentary Films whose reputation for high-quality, thought-provoking documentaries make it the perfect home for this project and we’re honoured to be working in partnership with them to nurture and support new, diverse creative talent.”

Simon and Jonathan Chinn have produced a range of cult documentaries including Man on Wire, Searching for Sugar Man, Whitney and Fantastic Lies.