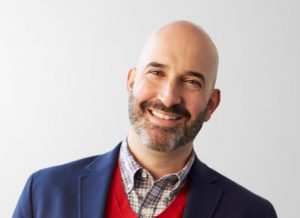 MY Entertainment has appointed former Discovery executive Jon Sechrist to the newly created position of executive VP of production, development and strategy. In his new role, Sechrist will be responsible for developing new programming and strategy, building on MY Entertainment’s ratings success with titles including Ghost Adventures, Pros Vs Joes, Breaking Borders and Baggage Battles.

Sechrist, who will be based in New York, will report to MY Entertainment’s president Michael Yudin, who said: “Having worked on both the network and production side of the business, Jon is that rare executive – a TV mind understanding the pressures of production, as well as the commercial imperatives. What’s more, he knows his way around the global market, having worked extensively with US and international content. That skillset, makes Jon the ideal person to lead MY Entertainment into its next phase of growth.”

Sechrist added: “Having known Michael for years, I know he’s a maverick and mensch. I’m excited about my next adventure, working with Michael’s talented team and helping to grow MY Entertainment’s business in a challenging international market.”

Among the first projects in the development pipeline when Sechrist arrives is the transactional docu-series Hidden Assets, fronted by ‘extreme cleaning’ expert Matt Paxton, from the hit A+E show Hoarders. Also coming through is Sin City Sober, (w/t), which focuses on the 24/7 struggles of addicts in a Las Vegas rehab house.