Wonderhood Studios, the business created by ex-Channel 4 chief David Abraham, is set to establish its content studios with the appointment of a production and development team in unscripted programming, led by BBC Studios’ Samantha Antstiss. 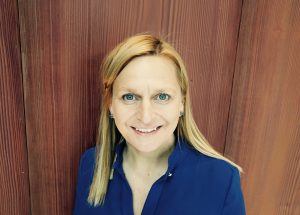 Anstiss (pictured) will join the company, launched in April, in October as a co-founder and creative director for unscripted. She will report to chief executive Abraham.

Also joining Wonderhood is Emma Lorenz, who takes the role of deputy creative director of unscripted, and who will run development across unscripted genres. She joins in July.

The news arrives in the week that Wonderhood opens for business in London with the dual ambition to produce high quality programming for broadcasters and platforms and, in an adjacent studio, to create content for major brands.

Appointments for its creative agency studio, as well as its entertainment and drama genres will be announced in the new future, according to the company.

Anstiss joins from the BBC where she has worked as creative director for Auntie Productions for three years.

Her titles include Amazing Hotels: Life Beyond the Lobby, which was the highest-rating new factual series on BBC2 in 2017 and has been sold around the world including to Netflix and Nat Geo.

Lorenz hails from Lion Television, where she secured 26 commissions across her three years there. She has also acted as head of documentaries development and head of factual entertainment development with the BBC.

Abraham said, “Wonderhood aims to attract recognised and respected talent from different parts of the creative industries and provide an exciting environment for new forms of collaboration.

“There are very few creative executives working in TV who have demonstrated such range, quality and consistency of original output as Sam, which is why I am so delighted that she will join us as a co-founder and the first Creative Director in our content studio.”

He continues: “Emma is smart, strategic and brimming with ideas; she is always challenging herself to create the next big thing.

“With these appointments, our unscripted capability is getting off to a great start. We are looking forward to developing big ideas for channels and platforms both here in the UK and internationally all of which will benefit from our new approach.”