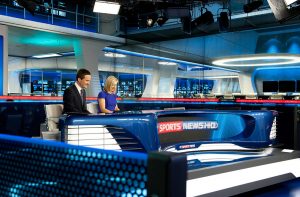 The UK government has approved 21st Century Fox’s proposed takeover of Sky on the condition that Sky News is divested, clearing the path for a Fox showdown with Sky’s other bidder, Comcast.

In a statement to parliament yesterday, UK culture secretary Matt Hancock said that details will now be finalised over how Sky News can be divested “in a way that works for the long term,” with a consultation to be published within a fortnight.

He also confirmed that no intervention notice will be issued for Comcast’s rival bid for Sky after concluding that the merger does not raise public interest concerns, setting the scene for what could be a fierce bidding war for the pay TV operator.

“I agree with the CMA [Competition Markets Authority] that divesting Sky News to Disney, as proposed by Fox, or to an alternative suitable buyer, with an agreement to ensure it is funded for at least ten years, is likely to be the most proportionate and effective remedy for the public interest concerns that have been identified,” said Hancock.

Referring to Fox’s bid for Sky, he said he needs to be confident that Sky News: remains financially viable over the long-term; is able to operate as a major UK-based news provider; and is able to take its editorial decisions independently, free from any outside influence.

“I am optimistic that we can achieve this goal, not least given the willingness 21st Century Fox has shown in developing these credible proposals,” said Hancock.

The news comes after the CMA cleared Fox’s £11.7 billion bid for the 61% it does not already own of Sky earlier this year on broadcasting standards grounds, but concluded that it may operate against the public interest in terms of media plurality.

The CMA’s concerns were that Sky News’ editorial independence could potentially be eroded and that the Murdoch Family Trust could have increased influence over public opinion and the UK’s political agenda.

However, in April Fox proposed selling Sky News to Disney on completion of its buyout of Sky, in an effort to secure UK regulatory approval for the deal. The suggestion was one of two ‘alternative remedy proposals’ submitted to the CMA, with the second being a legal separation and ringfencing of Sky News.

21st Century Fox said in April that Disney had expressed an interest in acquiring Sky News and adding it to its portfolio of channels, a move that would not rely on Disney’s completion of its planned acquisition of 21st Century Fox’s TV and film assets.

Hancock’s confirmation yesterday that Comcast’s bid for Sky can also go through came after he said last month that he was “not minded” to intervene, even though the UK Enterprise Act gives him the power to do so.

“Last month I informed the House I was minded not to intervene in the merger on the basis that it does not meet the threshold for intervention,” Hancock told parliament yesterday. “I gave interested parties time to make representations and I received no further representations.”

Comcast formally notified the European Commission of its intention to acquire Sky on May 7, leaving Hancock to decide whether or not the bid warranted the issuing of a European Intervention Notice.

“The gloves are now off and opens a up a fierce bidding war for Sky,” said Paolo Pescatore, vice-president, multiplay and media, CCS Insight. “This is a great time to be a Sky shareholder. Furthermore it will open up other opportunities for US based companies to buy other media assets in the UK.”

Fox and Sky both issued statements saying they welcomed Hancock’s decision to clear 21 Century Fox’s proposed acquisition of the remaining shares in Sky.