Fulwell73, producer of The Late Late Show, is expanding its US team with Warner Bros. Television exec Jeff Grosvenor as head of US scripted development. 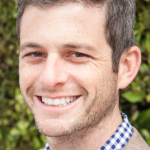 In the newly created post, Grosvenor is tasked with building on Fulwel’s existing scripted slate. He will report to Fulwell partners Ben Winston and Leo Pearlman and joins immediately.

Grosvenor joins from Warner Bros. where he served as vice president of comedy development. During his time at Warner, the exec focused on developing live-action and animated content for broadcast, cable and premium streaming sites.

Prior to joining the studio, Grosvenor ran Rashida Jones and Will McCormack’s company Le Train Train Productions, where he produced comedy seires A to Z (NBC), and developed Eliot Lawrence’s Claws (TNT).

He most recently shepherded the comedy series Trial & Error (NBC) and Powerless (NBC).

Pearlman said: “The Fulwell team have been working hard to ramp up our scripted TV slate and Jeff’s track record in comedy and drama meant that he stood out to us as the perfect candidate for the role.

“Jeff’s experience in both the studio and independent sectors means he comes to us equipped with great talent relationships, a strong track record and the drive and ambition needed to move us forward in the realm of scripted television.

“We’re excited to have him begin his time at Fulwell with us and look forward to being able to announce some of our incredibly exciting scripted slate to the world in the coming months.”