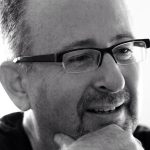 Chrysalis Vision has expanded its scripted business with the promotion of development head Clova McCallum and appointment of the Sky’s Adam Leatherland.

McCallum has been promoted to head of drama. Leatherland will now act as development head.

Leatherland previously worked as a script executive at the BBC on Eastenders and Sky Drama where he worked on Riviera, Britannia, Tin Star, Guerrila, Jamestown and The Last Dragonslayer.

Aude Konan has been appointed as development assistant.