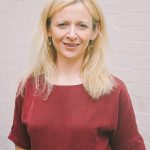 Her appointment marks a return to Lime for Sutton, where she began her career 15 years ago working on Brookside, Grange Hill and Hollyoaks.

Having just delivered Butterfly (Red Productions/ITV), Tony Marchant’s story of one family struggling to cope with their trans child and prejudices against them, Sutton joins Lime in July and will be based in Liverpool and London.

The producer will report directly into joint managing directors Kate Little and Claire Poyser, developing her own portfolio and working across the company’s current drama slate.

Sutton said: “I am thrilled to be joining the brilliant team at Lime Pictures at a time when the company is going from strength to strength. Having worked around the world, I am delighted to be coming home, to work with the very best talent in the North West and beyond.”

Joint Managing Director Kate Little says: “As we grow the scripted slate globally, we’re thrilled to be working with Lou, whose first-class experience in developing premium drama for all audiences speaks for itself.”