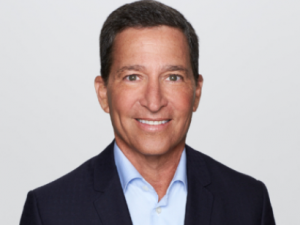 Bruce Rosenblum, the Disney-ABC Television Group president of business operations, is to depart the company after two years in the role.

Rosenblum will depart from his role in May. He will also step down from his seat of the Hulu board.

In his role with Disney, Rosenblum most recently took operational overview of a new direct-to-consumer and international division as the company looks to launch streaming product ESPN+ and a yet-to-be-named streaming service in 2019.

He was originally brought in to oversee affiliate sales and marketing, digital media, strategy and business development, media and operations, engineering and IT within Disney-ABC.

The exec hailed from Warner Bros. where he became head of the studio’s television division among the 26 years he spent with the company. He then went on to Legendary where he served as president of digital and television, and which he ultimately left for Disney-ABC in 2016.

The news arrived from Ben Sherwood, co-chair at Disney Media Networks, who said the below in a company memo first revealed by Deadline:

As you are all aware, TWDC recently announced the creation of a new Direct-to-Consumer & International division – consolidating business operational areas across the company under one unit.

While this restructure is vital to the company’s future, one implication is that many of Bruce Rosenblum‘s responsibilities have been dispersed within the Company.

After a number of conversations about other possible roles within Disney ABC, I am sorry to share that Bruce has decided to depart the company at the end of May.

It was reported late last year that Disney would begin a round of staff cuts to ABC staff to make a saving of 10% on annual costs.