Dynamic joins forces with Hasak on US adaptation of Tempel 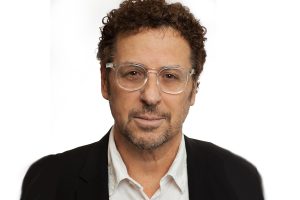 Independent producer/distributor Dynamic Television has teamed up with Adi Hasak (right) (Shades of Blue, Eyewitness) to create a new US drama based on the ZDF Germany series Tempel. No US broadcaster has yet been named but the partners say the show will go straight to series, with Dynamic handling worldwide distribution rights.

Tempel tells the story of an ex-con who struggles to pay the bills working as an elderly care giver. When his family is terrorised by thugs hired to scare working class families into moving out of Los Angeles’ Frogtown neighbourhood — he is drawn back into the underground world of cage fighting in order to provide for his family. What begins as a struggle to replace his daughter’s shattered violin becomes a battle against the evil forces of gentrification.

Hasak, who adapted Norwegian series Eyewitness for the US, has written the pilot script and an extensive series bible for the upcoming eight-episode drama. He commented: “In searching for a straight-to-series model, I’ve increasingly found myself partnering with distribution companies who have realised that rather than wait for shows to present themselves at screenings, they must become proactive and develop their own series. Dan March, Klaus Zimmerman and their amazing team at Dynamic are a perfect match for the remake of this exceptional character-driven German format.”

Dan March, managing partner, Dynamic Television, added: “Adi is a phenomenal talent and brings an unbridled passion and excitement to this series. Tempel is a deeply emotional character driven drama and a reflection of the real world consequences of gentrification.”