Twenty-first Century Fox (21CF) has named Lachlan Murdoch (pictured) as the executive chairman and chief executive officer for the proposed ‘New Fox’, which will be established as Disney purchases Fox assets in the coming year. 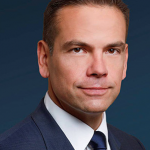 In his new role role, Lachlan Murdoch works directly with the company’s senior management and board of directors in developing global strategies and setting the overall corporate vision. He has served as executive chairman of 21CF since 2015.

The new entity will be formed after shareholder and regulatory approval of the proposed transaction between 21CF and Disney.

“We have worked through the winter ‘standing up’ a reimagined independent Fox. The strengths of the new company, a leader in News, Sports and Entertainment, present truly unique opportunities,” said Lachlan Murdoch.

“I am also personally very pleased that John has agreed to take on the role of chief operating officer, and together we look forward to making further announcements as to the management and structure of this new Fox as we get closer to closing our proposed transaction with Disney.”