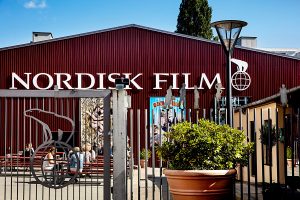 Nordisk Film has announced a five-picture deal with Swedish production company BRF, which is behind some of Scandinavia’s most ambitious films and TV shows. Recent credits include Mikael Marcimain’s Gentlemen and Pernilla August’s A Serious Game.

According to Nordisk Film, the deal with BRF is part of a strategy to ramp up its output of original Nordic film and TV series. Other recent developments include a three-year output deal with Swedish directors Helena Bergström and Colin Nutley and their production company Sweetwater. Nordisk Film says it is now collaborating and partnering with many different Scandinavian-based companies, with a wide range of films and TV series in development and production.

“We are going all-in at our local markets,” said Lone Korslund, VP acquisition and co-production at Nordisk Film. “There are loads of inspired and experienced filmmakers and production companies in the Nordic countries, and we want to be the ideal partner to them. We are working on a number of big Nordic titles that have the potential to reach a large international audience as well. Finding and developing stories that have a truly broad impact is our key goal.”

As part of the new emphasis on Nordic content, Nordisk Film subsidiary, Nordisk Film Distribution, has made a clear strategic shift from being a traditional distributor to scouting and developing original content in both film and TV. “We see a need to pro-actively develop strong Nordic content. We want to ensure larger commercial titles hit the market and we want to cater to TV networks and OTT services that demand original content,” explained Kenneth Wiberg, SVP and managing director, Nordisk Film Distribution.