Kenya-based Quite Bright Films Lifestyle (QBFL) and Sony Pictures Television (SPT) have revealed a multi-project deal to co-develop unscripted cookery formats that will have international appeal. 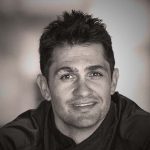 Formed by Daniel Prior, creative director, and Kiran Jethwa (left), director, QBLF’s ambition is to become the region’s leading producer in factual and lifestyle entertainment. Prior has spent the last 20 years working in film production for television broadcast and corporate distribution.

Jethwa is a chef, restaurateur and TV presenter, who has previously made cookery adventures shows including The Fearless Chef for National Geographic and Extreme Foods on Channel 4.

SPT will distribute the shows that come out of the partnership. Sarah Edwards, creative director of global unscripted formats, SPT said: “We are delighted to develop some new and ambitious formats around adventure cookery with Kiran and the team and bring a fresh spin on a genre that continues to entice broadcasters worldwide due to their adaptability and their ability to appeal to a wide audience’’.

SPT and QBFL have worked together previously. QBFL produces a local version of SPT’s hit studio-based, reality series Dragons’ Den in Kenya (known locally as Lions’ Den). That show is now in production for Season 3, with Season 4 also confirmed.