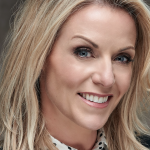 Vaughan, who most recently was executive producer of TNT and Oxygen series Cold Justice, will build and run the new unit, with existing crime content produced by ITV America’s production labels shifting under the Good Caper banner.

Good Caper, which gets its name from law enforcement jargon meaning an especially impressive police action, will also create original programming and is currently in development on projects with Dick Wolf, Marcia Clark (via her production deal with ITV America) and others.

The label already has several projects set up with A&E and Oxygen, and deals with other networks and streaming platforms are pending.

Dundas will report to Eilenberg. He will lead creative development at the prodco, whose current series include Queer Eye for Netflix, Hell’s Kitchen and The Four: Battle for Stardom for Fox.

Eilenberg said:,“Alex is a gifted executive, producer and director whose vision and execution at the highest levels have made their mark on many of our industry’s biggest global formats.

“Throughout an impressive career, he has meticulously honed his sense of what makes for pulse-pounding captivating television, in the US and around the world. We are thrilled to have Alex at the helm of ITV Entertainment, leading the company’s distinctive series and talent initiatives at what is a demanding yet very exciting time in our business.”