Comcast isreportedly preparing a new bid for 21st Century Fox. Separately, the US cable and programming giant has notified the European Commission of its bid for Sky, according to reports. 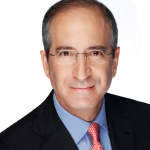 According to Reuters, Comcast has asked investment banks to extend a debt facility to the company by as much as US$60 billion, enabling it to make a cash offer for the parts of Fox that Disney is preparing to purchase for US$52 billion.

According to the report, Comcast will only make a move on Fox if AT&T’s acquisition of Time Warner is greenlit. The US Department of Justice is currently engaged in a legal battle with AT&T to stop the merger.

Comcast attempted to acquire Fox’s assets last year in a bid worth US$64 billion, but Fox opted to recommend Disney’s lower bid, citing regulatory hurdles that would have stood in the way of an alternative scenario.

Reports that Comcast may return for a second go at acquiring Fox emerged in February, when the Wall Street Journal reported that the media and cable giant could renew its bid if the AT&T-Time Warner merger is approved.

Comcast chairman and CEO Brian Roberts (pictured) was careful to sidestep questions about renewed interest in Fox when he spoke to analysts about his company’s bid for Sky. Quizzed on what would happen to the Sky bid in the event of a renewed bid for Fox, his only comment was that “there’s not much to say on that question, unfortunately”.

Separately, Comcast has reportedly notified the EC of its intention to bid for pay TV operator Sky. The move is a key requirement to take the bid forward. The EC has the power to clear Comcast’s £22 billion bid with or without conditions or it can kick off a four-month investigation if it has concerns about the deal.

Control of Sky is seen as a key goal behind Disney’s own deal to take control of 21st Century Fox.