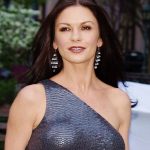 Queen America hails from Paul Lee’s indie studio Wiip, Made Up Stories and Entertainment 360. It is created and written by Meaghan Oppenheimer (Fear the Walking Dead).

Set in Tulsa, Oklahoma, Queen America is a dark comedy about Vicki Ellis, the most renowned (and ruthless) pageant coach in the state, and the hapless Samantha Stone who hopes Vicki can mold her into a worthwhile contender for the title of Miss America.

Oppenheimer will exec produce along with Made Up Stories’ Bruna Papandrea and Casey Haver and Entertainment 360’s Guyman Casady, Suzan Bymel and Janice Williams.

Queen America is the first straight-to-series order for Wiip, the new independent studio launched and led by veteran television executive Paul Lee. Made Up Stories will serve as Wiip’s co-studio partner.

“Wiip is focused on creating extraordinary content that remains true to the authentic vision of artists who want to take creative risks to tell original stories,” said Lee.

“We are thrilled to collaborate with Meaghan, Bruna, Entertainment 360 and their remarkable creative team, along with our partners at Facebook Watch, to bring this uniquely dark, female-driven comedy, starring celebrated actress Catherine Zeta-Jones, to audiences around the world.”