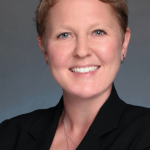 Zidek has been at HTI for 13 months on maternity cover for Sarah Bickley, who is now back in her role as senior sales executive.

In this role, Zidek sold scripted series and formats, in addition to third party produced non-scripted series to the US (excluding formats), Scandinavia, France and Russia.

The exec was previously acquisitions manager at Viasat for three years. She has also held VP and director of international sales roles at Gaumont, A+E Television Networks and Lionsgate.

Sarah Tong, director of sales at Hat Trick, said: “I am delighted that Hana has joined us in this brand new and significant role.

“Over recent years, in addition to distributing content created by our group production companies Hat Trick Productions, Plum Pictures, and Emporium Productions, we have had great success working with external companies including Keo Films, and Back2Back Productions.

“We are now looking to increase our slate and work with like-minded producers who will value our commitment as an independent delivering a bespoke service for their projects.”