UKTV has ordered documentary series Sex, Knives and Liposuction from BBC Studios’ Science Unit, a first for the network. 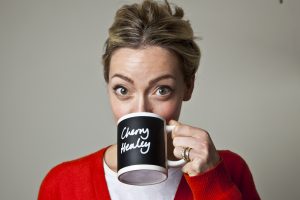 The 3×60 minute doc fronted by Cherry Healey will be placed on W, UKTV’s premium entertainment channel.

UKTV’s original will follow Healey as she immerses herself in the contradictory and complex world of cosmetic surgery.

Recently back on the dating scene, Healey rails against the pressures women face to be perfect and worries for a future world of impossible perfection.

Sex, Knives and Liposuction has been ordered by UKTV’s Steve North, genre general manager for entertainment and comedy and Richard Watsham, director of commissioning.

UKTV’s deputy director of commissioning Hilary Rosen has commissioned the show for W and will act as executive producer on behalf of the broadcaster.

The series will be produced by BBC Studios with Robi Dutta as executive producer.

Rosen said: “We are delighted to be working on our first collaboration with BBC Studios. Cherry is frank and fearless and I really look forward to seeing her journey in Sex, Knives and Liposuction, where she will immerse herself in all things plastic surgery while she decides whether or not to go under the knife.

“Cherry has a fantastic way of getting under the skin of contemporary issues. The series promises to unpick the complexities of body confidence faced by young women today.”