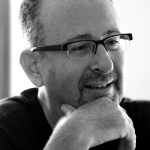 The partnership reunites the duo with Chrysalis CEO Mick Pilsworth (pictured), who worked with them during the 1990s when MD of their TV production business, Alomo Productions.

Unveiling the news, Pilsworth said: “Marks and Gran have an outstanding record of achievement in British TV.  They have created over 20 successful long running series, including Birds Of A Feather, which is still on the air 30 years after it first aired, Goodnight Sweetheart and The New Statesman. Together we will be developing new television dramas and comedies.”

Chris Wright, chairman of Chrysalis Vision, said: “I am delighted that we have managed to attract two of the most successful British television writers to work exclusively with us, and I look forward to working with them on a number of projects.”

Chrysalis Vision was founded in 2014 by Wright, Pilsworth, Roger Parry, chairman of MSQ, and Luke Johnson, former chairman of Channel 4. However Wright and Pilsworth have a much longer heritage in TV having founded one of the original super-indies Chrysalis TV.

That company was sold in 2003 and became the basis of All3Media. Wright and Pilsworth’s attempt to recreate their original success has boosted in 2016 when Sky Ventures took a 24.9% stake in the new company.