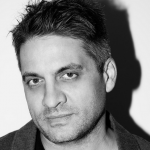 Previously in “non-public stealth mode,” San Francisco-based Tomorrow Never Knows describes itself as is a content, technology and research studio.

Also joining the Tomorrow Never Knows team is Gabo Arora, a VR director behind titles such as The Last Goodbye and Clouds Over Sidra, and former Oculus Story Studio creative director, Saschka Unseld.

In an interview with Variety, which broke news of the company’s launch, Brown said that Tomorrow Never Knows aims to “violate the limits of storytelling” and “create original creative and technology IP.”