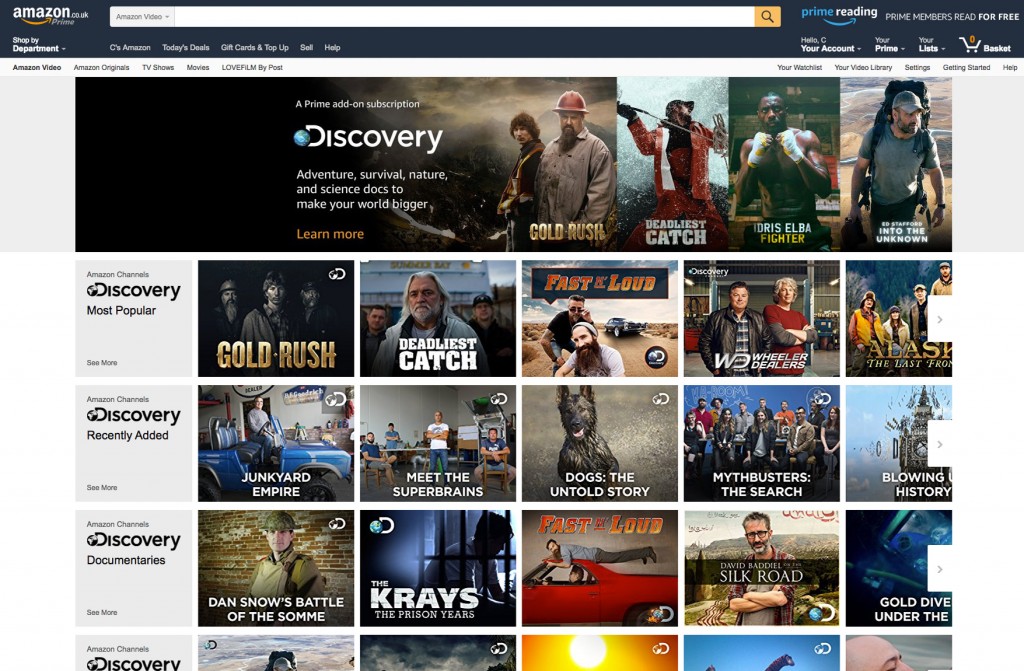 “Children are digital natives from an increasingly young age and given the success of our Discovery Kids channels around the world, we saw a unique opportunity to engage directly with them through our content,” said Michael Lang, president, digital and Eurosport Digital and CEO MotorTrend, Discovery International.

Alex Green, European MD of channels and sport at Amazon Prime Video, said: “We want to offer our customers a broad selection of kids shows, and with the addition of the new Discovery Kids channel, only available to Prime Video members, they will be able to access both fun and educational favourites all in one place.

“Discovery Kids adds to Prime Video Channels’ line up of over 60 subscription channels, allowing Prime members the freedom and choice to pay for only what they want to watch without having to sign up to a bundle or a contract, all with the convenience of watching in one app.”

Discovery Kids is available to Amazon Prime subscribers in the UK for £3.99 (€4.60) per-month following a free seven-day trial.