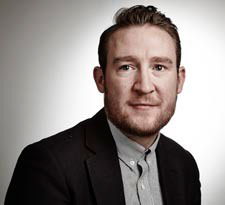 UKTV has appointed Ronan Hand to the new position of director of programme funding. The role, which sits within UKTV’s Commercial team, is designed to help the broadcaster realise its ambitions in IP ownership and original commissions. Hand joins from ITV Studios where he is SVP global content, non-scripted and co-productions.

Reporting to chief commercial officer, Simon Michaelides, Hand will oversee a coordinated approach to funding original programmes, which draws together commercial partnerships, co-production and distribution. He will also explore new areas such as airtime funded programming with the intent of forging optimum funding partnerships for each programming ideas. Among his responsibilities, he will aim to expand UKTV’s international sales footprint and amplify the role of Advertiser Funded Programming within UKTV’s programme mix. His team will work with director of commissioning Richard Watsham.

Simon Michaelides, UKTV’s chief commercial officer, said Hand has “a wealth of experience across multiple genres, which makes him ideally suited to help us realise our ambitions as an originator of content. At UKTV we value creativity, collaboration, and the ability to challenge the status quo. These are the skills Ronan has built his reputation on.”

Hand joins UKTV at a time when commissioning original content is at an all-time high. The broadcaster has seen a five-fold increase in the number of UKTV Original Productions over the past five years and worked with three times as many indies in 2017 versus 2016.