STV Productions has hired Rosy Marshall-McCrae as its head of factual development. 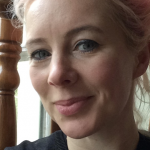 The new position has been created to support STV’s plans for domestic and international growth by building on its strengths across specialist factual and documentaries.

STV has already worked on a range of projects including Ross Kemp Behind Bars – Inside Barlinnie for ITV, Dunblane: Our Story for BBC Two, and most recently, Britain’s Polar Bear Cub for Channel 4 and Lucy Worsley’s Fireworks For A Tudor Queen for BBC Four.

Marshall-McCrae was previously at Red Sky Productions where she was head of development, leading a production team which secured BBC commissions including the popular daytime series Island Medics.

STV’s head of factual, Michael McAvoy, said: “Rosy Marshall-McCrae is a hugely talented, passionate documentary developer, producer and director so we’re delighted to have recruited her to our newly-created Head of Factual Development role.

“Rosy’s considerable skills in developing and producing factual programming that takes the viewers into fascinating precincts and tells stories in a compelling, revealing and exciting way will be invaluable in helping us secure many more hits in the factual genre.”

Marshall-McCrae added: “I’m excited to be joining such a well-established team, who already have such a great reputation for making quality programmes.

“I’m looking forward to helping the team secure more series, some of which I hope will become landmark commissions and cement Scotland’s position as a place that can deliver bold and outstanding programming.”