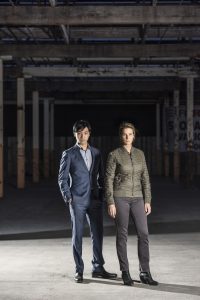 Ahead of its official launch at MIPTV, DRG has secured its first major deal for Dead Lucky, a new four-part crime thriller starring Rachel Griffiths (Six Feet Under, Brothers & Sisters).

The show, made for SBS Australia by Australian producer Subtext Pictures, has been acquired by Sundance Now, AMC Networks’ premium subscription streaming service. It will be rolled out to subscribers of the service in the US, Canada, the UK, Ireland and German speaking territories in Europe.

Dead Lucky is a complex, fast-paced, character-driven thriller about two feuding detectives hunting down a cop killer. Explaining the acquisition, Jan Diedrichsen, general manager, SundanceTV and Sundance Now, said: “The Sundance brand is synonymous with great storytelling, and Dead Lucky is sure to appeal to Sundance Now’s subscriber base, who come to the service for high-quality content from around the globe.”

Elin Thomas, DRG’s EVP of sales, added: “Subtext has created a thrilling and absorbing drama, packed with an exciting and diverse cast in which audiences will readily invest. We are excited to share this completed series with buyers in Cannes.”

Showrunners Ellie Beaumont and Drew Proffitt founded Subtext Pictures in 2016. Between them they have developed, created, written and produced hundreds of hours of television including their most recent hit series House Husbands.