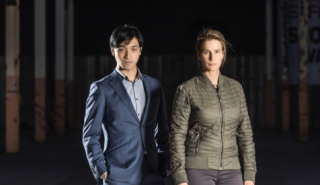 Ahead of its official launch at MIPTV, DRG has secured its first major deal for Dead Lucky, a new four-part crime thriller starring Rachel Griffiths (Six Feet Under, Brothers & Sisters). The show, made for SBS Australia by Australian producer Subtext Pictures, has been acquired by Sundance Now, AMC Networks’ premium subscription streaming service. It […]