October Films has signed an exclusive partnership with the director behind Rio Ferdinand: Being Mum and Dad, Matt Smith. 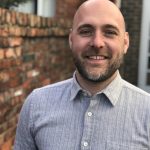 The deal will see Smith exclusively producing future projects for UK and international broadcasters and platforms through October, in return for investment in development and production support.

Smith directed or produced major factual titles in the past few years including The Bulger Killers: Was Justice Done? (Channel 4), David Beckham: For the Love of the Game (BBC1), and shows such as First Dates and The Catch.

The move arrives as October invests in a range of projects and partnerships due to “substantial growth over the last three years”. It follows the creation of Talos Films, October’s US joint venture with Julian P. Hobbs, Elli Hakami and Sky Vision.

Talos has already produced the award winning War On Drugs for History US, and is in production and development on various projects including a sci-fi scripted series launched in partnership with Insecure actor and writer Issa Rae’s Color Creative.

Jos Cushing, head of factual, UK, at October Films said: “Partnering with, and investing in, Matt Smith is the perfect opportunity for October to reaffirm its commitment to nurturing the brightest talent and most powerful programming.  We’re delighted he has chosen October to set up his creative home; our future together is incredibly exciting.”

Smith said: “I’m utterly thrilled to be partnering with the team at October at such an exciting time in television. I’ve been lucky enough to produce and direct some amazing programmes so far, but the offer to develop and produce a slate of ideas alongside a fantastic team was too good to refuse. I can’t wait to get started.”