FX, Donald Glover and Marvel Television have all excited a deal which would see them create a Deadpool animated series, due to “creative differences”. 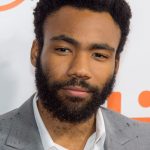 The trio made a deal to adapt Marvel’s Deadpool into an animated series in May 2017.

Glover and his brother Stephen Glover were recruited to write, executive produce and showrun the cartoon after they were given a 10-episode straight-to-series order last year.

FX said in a statement: “Due to creative differences, FX, Donald Glover, Stephen Glover and Marvel Television have agreed to part ways on Marvel’s Deadpool animated series, FX will no longer be involved with the project. FX and Marvel have an ongoing relationship through our partnership on Legion, which will continue.”

Marvel TV will hold the option of reviving the Deadpool animated series for another network. The Glover brothers remain as collaborators for the hit FX series Atlanta.