Fox is set to air a two-hour special named Meghan Markle: An American Princess on Friday May 11. 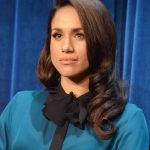 The two-hour event will focus on Markle’s life and potential legacy as the first American to marry into the British royal family since 1937.

The series is produced by Spun Gold TV and Znak & Co.’s Bridget Boseley, Eamon Hardy and Natalka Znak will serve as executive producers.

“Since the early days of the British monarchy, right up to the present, the royal family has captivated the minds and imaginations of people across the globe,” said Rob Wade, president of alternative entertainment and specials for Fox Broadcasting Company.

“With Meghan Markle on the cusp of becoming a real princess, joining the likes of Princess Kate and the late Princess Diana, this special will give viewers a unique look and insight into her journey, from her upbringing in Southern California to her wedding to Prince Harry in Windsor Castle.”