Australian pubcaster the ABC has boarded a drama from its international production unit that will retell the works of Shakespeare from female perspectives and has Margot Robbie (pictured) attached as a producer. 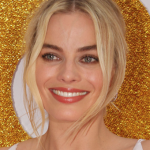 The broadcaster is working with ABC Studios International (part of US broadcaster ABC), LuckyChap Entertainment and Hoodlum on the show, which is currently untitled.

The new series will run to ten standalone episodes, each of which will tackle a Shakespeare work “updated to comment on modern, global society”.

Female writers and writer-directors with “distinct voices” will be sought, with a focus on reflecting different cultures and areas.

Giula Sandler is the series creator, with I, Tonya star Margot Robbie and Brett Hedblom from LuckyChap, Tracey Robertson and Nathan Mayfield from Hoodlum, Keli Lee from ABC Studios International and Sally Riley from the ABC are executive producers, with Aran Michael from Aran Michael Management an associate producer.

“The ABC is thrilled to be able to develop this locally produced drama in partnership with LuckyChap Entertainment, Hoodlum and ABC Studios International,” sais ABC director of entertainment and specialist David Anderson.

ABC Studios International managing director Lee said the show was “a chance to create something classic yet boldly original and modern. The works of Shakespeare are iconic and this will present them in a way they’ve never been seen before”.

Production begins in Australia in late 2018, with Disney Media Distribution handling international rights outside of Australia.