Amazon pushes further into All or Nothing territory

Amazon Prime Video is gearing up for the latest editions of its sports doc series All or Nothing, with three new series focused on football, college American football and rugby teams. 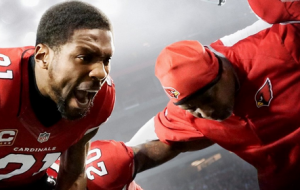 The new commissions come ahead of the third season debut of NFL Films’ All or Nothing, which will follow the Dallas Cowboys.

From the new series, All or Nothing: The Michigan Wolverines debuts as an eight-part series on April 6, following “the winningest programme in college football”.

NCIS producer and star Mark Harmon narrates the show, in which cameras follow coach Jim Harbaugh and his storied team.

The second series is All or Nothing: All Blacks, in which cameras follow the all-conquering New Zealand rugby union team throughout 2017.

The third series is All or Nothing: Manchester City, a series that confirms the SVOD service is in business with the English Premier League champions-elect.

The series will follow City’s pioneering coach Pep Guardiola and his team, who currently lead the EPL by 16 points. Spain’s Mediapro, Man City, IMG and Film45 are coproducing.

“We are able to put cameras in places where none have gone before to give Prime members an inside look at some of the most storied sports programs in the world. It only made sense to bring these series under the All or Nothing banner to reinforce our commitment to strong storytelling in this genre.”

Netflix has also found success through sports docs such as Last Chance U, while traditional broadcasters such as History are working up football doc content ahead of the 2018 FIFA World Cup in Russia this summer.