BBC Worldwide is restructuring its French production arm, as the unit lands new commissions with TF1 and Arte. 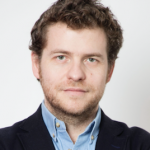 Gery Leymergie (pictured right) and Pierre-Marie Gadonneix (below) have both landed new senior director positions at BBC Worldwide Productions France, and will report to global commercial director of formats and production Jacob Deboer in the roles.

Leymergie has been promoted to chief content officer, a role that puts him in charge of all factual and entertainment programming.

Gadonneix becomes COO, and will now oversee production teams and all operations at the BBC Worldwide-owned operation.

“The reorganisation of our senior team simplifies our reporting structure and with Gery and Pierre-Marie, both well established at BBC Worldwide and leading the business, 2018 is shaping up to be our busiest year ever,” said Deboer. 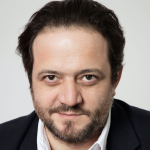 The changes come after BBC Worldwide France Productions, whose parent is soon to merge with BBC Studios, scored a pair of commissions.

Arte in France has ordered doc In Search of the Orient Express (WT), which is coproduced with Together Media and follows the story of the legendary locomotive.

BBC Worldwide Productions France was formed in 2009 and currently produces shows such as Danse avec les Stars (Dancing with the Stars), which is currently in its ninth season on TF1, and M6’s remake of Great Bake Off, Le Meilleur Pâtissier, which is on its seventh season.