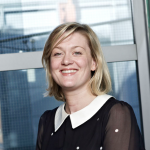 Cooper will be based in London and joined by new hire Ryan Harrington, who is to become executive producer for non-fiction feature documentaries. He will be based in New York and report to Cooper.

The refreshed division will put a focus on a single team for both non-fiction film and TV.

Under Cooper’s direction, the unit will focus on attracting world-class talent for director-driven series’ and feature docs, as well as responding to the resurgence of premium music docs.

Cooper joined Pulse in 2015 from Channel 4, where she was commissioning editor. She was handed control of its UK division in 2016 after the exit of former boss Roy Ackerman.

Harrington was previously at A&E IndieFilms, the theatrical arm of A&E Networks.

Thomas Benski, CEO of Pulse, said: “Under Emma’s leadership our non-fiction division has found a real focus and drive to develop and produce premium film and TV for global markets.”

Pulse has also recently made a push into scripted TV with Gangs of London created for Sky Atlantic, Cinemax and HBO.