MTV brings Ex on the Beach to the US 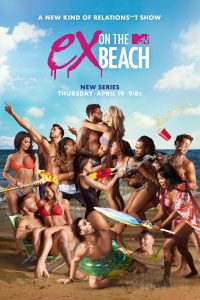 MTV has greenlit a new US version of reality format Ex on the Beach, its first international format adapted for the states.

Multi-platform rapper and actor Romeo is set to host the social experiment that features ten romantically embattled reality stars from series such as The Bachelorette, Big Brother, Bachelor in Paradise and The Challenge alongside everyday singles who are unaware of their famous co-stars.

The series will debut on April 19 and air across MTV’s channels internationally.

The eighth season of the original hit will begin its premiere internationally in March. Local versions have also been produced for MTV Brazil, MTV Netherlands and MTV Poland.

Outside of the MTV family the format has also been licensed in Denmark, Finland, France, Hungary, Norway, Russia and Sweden. In total, there are now twelve versions of the programme around the world.

Ex On The Beach is based on a format by Whizz Kid Entertainment with Malcolm Gerrie and Lisa Chapman as executive producers.