Nancy Dubuc is leaving her post as president and CEO of A+E Networks and is set to replace Shane Smith as chief executive of Vice Media. 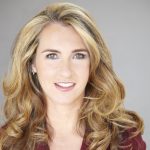 A+E’s chairman emeritus and former CEO, Abbe Raven, will return as acting chair while a replacement is found, with Dubuc (pictured right) leaving her post on April 16.

It appears Dubuc will take over from Smith at hipster brand Vice, whose corporate culture has been taken apart in the media over allegations of its working conditions for women. The firm also missed financial targets last year.

Dubuc has been at the forefront of women’s media advocacy, and has experience with the Vice brand – A+E operates the Viceland cable channel in the US along with Smith’s company, and she sits on its board. Furthermore, A+E also owns shares in Vice, as does its one of its parent companies, The Walt Disney Company.

Dubuc has not confirmed her new post, but included a reference to her “next adventure” in her exit statement.

“Anyone who knows me well knows I am an entrepreneur, creator, rebel and disruptor at heart,” she added. “I have a famous neon sign in my office that blares ‘Who dares wins’.

“After 20 years at A+E, the hardest thing will be to leave the people and company I love, but, as a creative executive and leader, and to stay true to my personal mantra, I need my next dare and my next challenge.”

Dubuc has been president and CEO of A+E since 2013. Under her tenure, History scored huge ratings with scripted miniseries Hatfields and McCoys and A&E continued to draw numbers through Duck Dynasty, which ended last year as the trend of ob-docs fades from view. 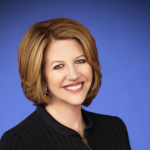 She was recently linked to the head of Amazon Studios role, which former NBC Entertainment president Jennifer Salke ultimately bagged. That was the first public sign she was looking for a new challenge.

“In her roughly 20 years at A+E Networks, Nancy played a major role in building the success of A&E, History and Lifetime, and we thank her for her leadership,” said Ben Sherwood, co-chair of Disney Media Networks, and president of Disney-ABC Television Group and Steven R. Swartz, president and CEO of A+E’s other parent, Hearst, in a joint statement.

“We are also very grateful to Abbe, a former CEO of the company and one of A+E’s first employees, for agreeing to return on a temporary basis as acting chair.”

Raven (pictured above) retired from A+E after 33 years in 2015, 33 years after she joined the business, which was then known as the Arts and Entertainment.