Having acquired a 50% stake in Brainpool in 2009 and run it as a joint venture since then, Banijay has agreed to increase its stake in the company for an undetermined amount.

It will sit alongside Banijay Productions Group, which is launching in Cologne. Schneppenheim, the founder of Endemol Shine Germany-owned Florida TV, will lead the new unit ad managing director.

The division will focus on live entertainment formats, whereas Brainpool will focus on comedic talent-led shows, as it has previously done. 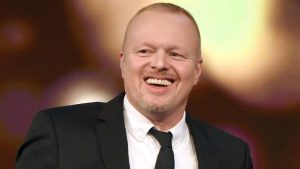 The augmented stake in Brainpool will come through the acquisition of the shares held by the prodco’s boss, Stefan Raab (pictured). Following the completion of transaction, Banijay will become the leading shareholder in Brainpool.

Raab will once again become the main shareholder of his production company Raab TV, which will remain under the roof of Brainpool in the long term.

Brainpool has created shows such as TV Total, Ladykracher, Beat Your Host, Pastewska, Celebrity School, Next Big Thing, Luke! The Week and I, Stromberg, Stars in Danger-The High Dive.

Banijay COO Peter Langenberg said the moves in Germany were part of Banijay’s “strategy to have multiple labels [companies] in the bigger European markets, like we have in France, Italy and UK”.

That was the first unscripted deal Banijay had made since merging with Zodiak Media Group in 2016.