Banijay Group has acquired 7Wonder, the UK-based unscripted producer behind the British remake of My Kitchen Rules. 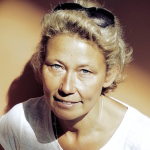 The deal, financial terms of which were not revealed, marks a first non-scripted acquisition for the superindie since Banijay and Zodiak Media Group merged in February 2016.

Banijay has made a number of additions to its scripted ranks, but 7Wonder will sit alongside unscripted procdos such as RDF Media, IWC Media, Adventure Line Productions, Mastiff, Zodiak Nederland and Bunim/Murray Productions.

Seven Network in Australia, which co-founded the operation, has exited and Banijay Rights will distribute 7Wonder content going forwards. In total, it adds around 160 hours of programming to its catalogue.

7Wonder will work “collaboratively” with fellow Banijay UK producers RDF and IWC Media, while also looking at coproduction opportunities with other Banijay companies.

“They will be the perfect complement to our existing non-scripted labels RDF and IWC, and we could not have hoped to have found a better addition to the Banijay family.”

7Wonder’s programmes include a number of returning series. These include BBC Two’s Back to the Land with Kate Humble, Sky Arts’ Tate Britain’s Great British Walks, CBeebies preschool reality show Do You Know? and the UK version of Australian cookery format My Kitchen Rules for Channel 4 (C4).